In 2019 the summer festival at the Headquarters attracted over 3,000 visitors. Highlights of the event were the performance by a professional dance group and penalty shoot-out between departments. At the food stalls we served sausages, fried chicken, ice cream and pineapple.

At the festival at our Ueno Division we enjoyed the traditional dance of our technical trainees, basketball free-throw contests between departments and dance performance by the junior cheerleaders with Kunon-chan, the mascot of Iga FC Kunoichi, womens football team playing in the Nadeshiko league. The summer festival at the Ueno Division attracted more than 1,000 local residents and employees and their families.

At our Kawagoe Plant, visitors enjoyed a performance of the Kawagoe Technical High School brass band, played table tennis with members of the EXEDY womens’ table tennis team and there was an EXEDY-sponsored race car on display. At the stalls we had a shooting gallery and we served ice cream, fried soba noodles and pop corn. The lively event was attended by employees and their families.

In July 2017, we held the first summer festival at EXEDY Nara. Sausages, fried soba noodles, fried chicken and drinks were served at the food stalls. The family members enjoyed Yoyo and gold fish scooping. The main event of the festival was the gold fish scooping tournament between teams. Thanks to the local nature (Yamato-koriyama City) of the events all participants were very excited. 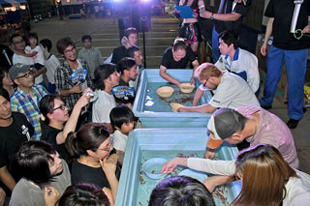 Employees show a another side of themselves, playing folk guitar or perform with their band. The music resonated across the cafeteria transforming it into a music hall with a capacity of over 400 people. The first edition was held in 2015 and more than 900 people participated, making for a lively event that really brought the musicians and spectators together.

To deepen camaraderie between employees, we have been organizing sport events since 2016. We held the 1st and 2nd Badminton Tournaments. Teams from overseas and domestic affiliates that won their qualifiers also competed in these lively events, bringing the entire EXEDY Group together. 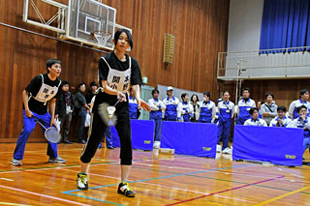 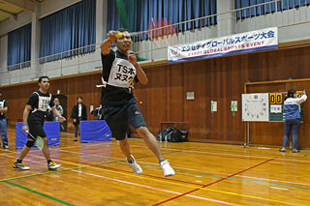 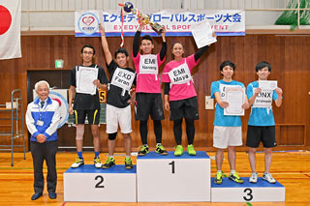 The women’s table tennis team was founded in 1988. The team participates in the Japan Table Tennis League, the pinnacle of domestic table tennis. They are based in Iga City, Mie Prefecture at the Ueno Division, Recently, our Women’s Table Tennis Team finished third in the 2021 Women’s Japan Table Tennis League Div. 1 Chiba Tournament, This was the highest ranking since the establishment of the team. The members also participate as instructors in sports classes and trial sessions, targeting elementary and junior high school students in the prefecture. We will continue our involvement with local communities through such activities. 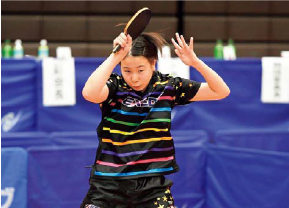 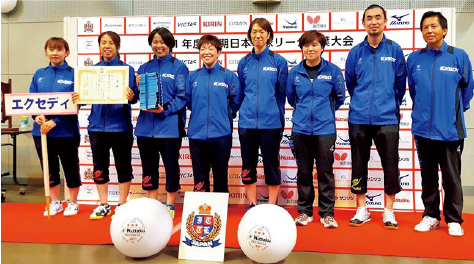 Our company became the main sponsor of the Iga FC Kunoichi Mie Women’s Football Team, playing in the Plenus Nadeshiko League. Founded in 1976, Iga FC Kunoichi Mie is a team with a long history and celebrated its 40th anniversary in 2016. Most of the players are employed by EXEDY. We provide an environment where the players work until 2 pm every day, and can focus on training in the afternoon. This is how we help create an environment for women’s football and contribute to its development. 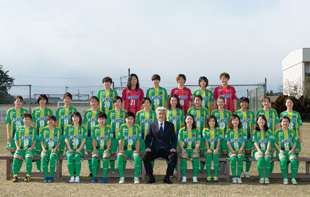